Home Cryptocurrecy Bitcoin Will Conquer Wall Street – And Everything Else: Ex-Coinbase CTO 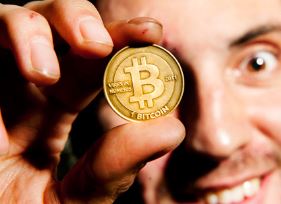 By CCN: Bitcoin will completely disrupt the entire tech industry, Silicon Valley, and Wall Street. That’s the wildly-optimistic outlook of a former executive at crypto unicorn Coinbase. Crypto Will Disrupt EVERYTHING Despite making a surprise exit from the cryptocurrency exchange last month, Balaji Srinivasan says he remains a firm believer in bitcoin’s future. Srinivasan served as Coinbase’s chief technology officer (CTO) for close to a year before announcing his departure in May. One month later, Srinivasan unleashed a tweetstorm concretizing his reputation as the most rabid of bitcoin bulls. More than just predicting that cryptocurrency could become a store
The post Bitcoin Will Conquer Wall Street – And Everything Else: Ex-Coinbase CTO appeared first on CCN www.ccn.com
Visualizza articolo… <www.ccn.com/bitcoin-conquer-wall-street-coinbase-cto>

Here’s What The CEO Of Pantera Capital Thinks About Bitcoin