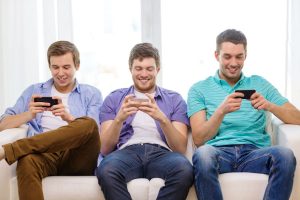 “Going to the North Pole for cryptocurrency mining? I play and mine”, says Tom Kim, the founder of Gstar Coin.
As we are aware, mining cryptocurrency is expensive, time-consuming and extremely painstaking in return for sporadic rewards. Apparently, Bitcoin mining consumes more energy than gold mining. Gaining popularity in the pressing issues globally, mining has raised concerns of global warming as it requires energy-intensive calculations. Reports suggest that Bitcoin mining resulted in an estimated 13 million tonnes of carbon dioxide produced in 2018.
All this, just for earning a few rewards in cryptocurrency? Why not try a new approach to mining through mobile games? Gstar Coin, referred to as GOX. has been developed to facilitate easy mining of the coin while playing mobile games
How Does Mobile Mining Work?
Gstar <www.gstarcoin.info/?src=zycrypto> has designed a program that rewards all users who play games using GOX. Mining of GOX is simultaneously done while playing games. The rewards are received as per the ranking in the game, however, even the last ranked user receives a reward. All that one is required to do is to play the games available on the platform. A surprising element of mobile mining is that it is not restricted by age. Therefore, any person irrespective of their age can play any game from the range of simple to complex games.
Mining on the platform is possible by investing in cash or by purchasing Gstar coins and reinvesting them to mine the coins. Purchasing Gstar for mining benefits users as they can multiply their profits.
Multiple Benefits of GOX
Unlike, the virtual currencies of different projects that can only be traded on exchanges, GOX has a multiple use case. Not only can GOX be traded on the exchanges and converted to fiat currencies, but it can also be used for buying internet contents, as a fee for audition programs and internet broadcasting or shopping. Therefore, the coins mined while playing games have value in the real world.
Furthermore, the platform provides a global audition program for singers that will be screened through the mobile broadcast. The most popular singer on the program will be the winner. The costs incurred during the program will be paid in GOX. Therefore, the GOX ecosystem <www.gstarcoin.info/?src=zycrypto> will comprise of three main communities of a mobile game, audition programs, and internets broadcasting, that are the basis of Gstar’s business model.
With plans to expand the ecosystem and include communities such as tourism, donations, fundraising and lottery tickets, Gstar <www.gstarcoin.info/?src=zycrypto> foundation is fast-tracking the development of blockchain technology. Their model is designed to be realized in the near future providing a use of virtual currency in the real world.
The post Blockchain Based Mobile Games for Mining GOX <zycrypto.com/blockchain-based-mobile-games-for-mining-gox/> appeared first on ZyCrypto <zycrypto.com> .
Visualizza articolo… <zycrypto.com/blockchain-based-mobile-games-for-mining-gox/> 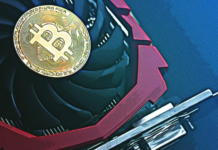 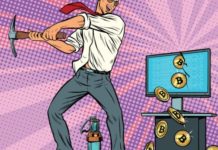 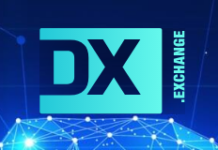 “I Don’t Recommend Bitcoin In Either Direction”

Bitcoin Price Pounds into Bull Market, Could Surge to $400,000: Analyst