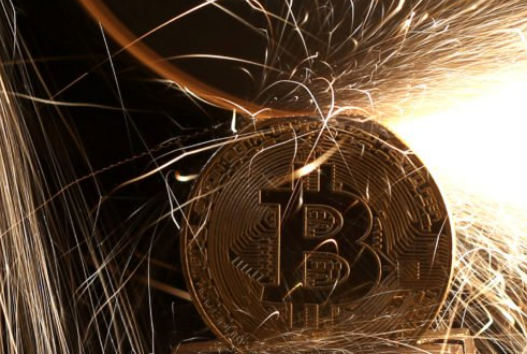 ccording to pseudonymous cryptocurrency researcher “I am Nomad” and a report from The Block, QuadrigaCX co-founder Michael Patryn traded large Bitcoin positions on BitMEX surpassing the tune of $8 million.

QuadrigaCX, the now-defunct exchange which was once Canada’s biggest cryptocurrency trading platform, claimed to have lost $150 million in crypto assets following the death of its CEO Gerald Cotten.

The exchange claimed that Cotten passed away with sole control over user funds stored in cold wallets. As such, the company has not been able to reimburse users who lost their funds on the exchange.

However, recent reports from independent researchers and Ernst & Young which discovered empty Bitcoin cold wallets have led both the creditors and industry experts to raise questions on the claim presented by the exchange.

QUADRIGACX CO-FOUNDER’S ALLEGED SUSPICIOUS BITCOIN TRADING ACTIVITY ONLY FUELS SKEPTICISM
Throughout the past year, QuadrigaCX co-founder Michael Patryn allegedly traded millions of dollars worth of Bitcoin on BitMEX, one of the largest Bitcoin exchanges by daily volume.

The data released by researcher I am Nomad showed that as early as June 2018, the account reportedly operated by Patryn traded on BitMEX, recording large profits off of the dominant cryptocurrency’s high volatility.

I am Nomad
@IamNomad
So magic internet detectives found this. Uhhhhh

125
4:08 AM – Mar 7, 2019
58 people are talking about this
Twitter Ads info and privacy
It is entirely possible that Patryn had traded on BitMEX using his personal funds irrelevant to the exchange, as there currently exists no evidence to prove that the funds are linked to QuadrigaCX.

But, in consideration of the circumstances of investors who were reportedly not able to have their withdrawals processed since late 2018 and the theory presented by the Coinbase team, the reports on Patryn’s trading activities could fuel the skepticism of industry experts and investors on mismanagement.

MORE TO THIS BANKRUPT BITCOIN EXCHANGE THAN MEETS THE EYE
Last month, Coinbase CEO Brian Armstrong revealed that the Coinbase team conducted an internal analysis of the QuadrigaCX case.

The Coinbase team speculated that the incident could be a result of mismanagement, as withdrawal issues at the exchange dated back to 2018.

Armstrong theorized that QuadrigaCX might have run into liquidity problems following the beginning of the bear market in early 2018, struggled to process withdrawals for investors, and was forced to find an exit.

“So maybe after about a month of debate [Dec – Jan], management decided to cut losses and release a statement claiming that access to money was lost with CEO’s death?”

Around a similar period during which investors like Tong Zou were unable to get QuadrigaCX to process withdrawals, Reddit account MikeXBT disclosed an $8 million Bitcoin trade. That account is now suspected to belong to Patryn.

“Long $8 MM at $6646. 1x leverage, soft stops at 5%. I allowed part of my hedge short to expire during the September settlement on Mex, planning to reopen in $500k chunks as the price increases,” MikeXBT said.

Earlier this month, an independent cryptocurrency researcher James Edwards claimed that around $90 million worth of Ethereum linked to QuadrigaCX were sent to exchanges such as Poloniex and Bitfinex.

The researcher identified wallets connected to QuadrigaCX and traced them back to the deposit addresses on several cryptocurrency exchanges.