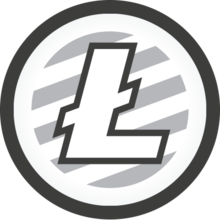 Litecoin (LTC) has done well to defend the 50 day exponential moving average trading against Bitcoin (BTC). For the past seven days, LTC/BTC  has remained above this level but now it is running out of room to hold this level. Either it will have to break past the strong trend line resistance of the descending channel or it will have to fall towards the bottom of this channel. So far, considering that LTC/BTC is already heavily overbought as shown by the RSI and Stochastic indicators, the probability of a decline far outweighs the probability of a break out of the descending channel. If the 50 day EMA crosses below the 200 day EMA which is very likely if the price falls below current levels, we are going to see Litecoin  (LTC) form a death cross which could very quickly bring the price down towards the bottom of this channel.
Since the beginning of the year, Litecoin  (LTC) has done very well and has outperformed Bitcoin (BTC) most of the time. However, it seems to have reached a local top for now and the price will have to decline sooner or later. Litecoin (LTC) is a very popular fork of Bitcoin (BTC) and given the hype around its next halvening event, we can expect it to perform better than most cryptocurrencies for the time being. In fact, we saw it perform better than most cryptocurrencies during the recent rallies. Halvening is a big deal in crypto markets as the mining rewards are cut in half which means it will now cost twice as much to mine one Litecoin (LTC). By simple supply and demand, that should increase the price of Litecoin (LTC). However, investors need to be cautious. If the market is in a bear trend in August during Litecoin (LTC)’s halvening, it won’t make much of difference short term.
Litecoin (LTC) seems to have topped out against the US Dollar (USD) as shown by the daily chart. The price has now formed a series of candles between $117.91 and its current price of $112.40. These candles coupled with the overbought signals on the RSI and Stochastic indicators point to the strong probability that LTC/USD has topped out here and is primed for a sharp move to the downside.
The bears expect it to decline a lot lower but even those that are bullish should realize that the price has to decline at least to the trend line support in order to rally higher from here. If the price has indeed topped out here, then we expected a decline to the 61.8% fib extension level from the top. This should bring the price down to $60. We do not expect it to close the candle below $60 because it has become a strong support level. However, we do expect a wick down to this level. The price will then likely settle atop the trend line support until it begins its next uptrend or downtrend from there.
Visualizza articolo… <cryptodaily.co.uk/2019/06/litecoin-holds-ground-above-50-day-ema-but-price-remains-vulnerable> 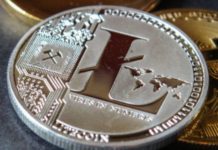 Litecoin (LTC) Likely To Slide Below $50 In The Near Future 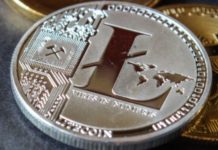 Bitcoin Price Targets $10,000 and Beyond, Thanks to Weak Dollar Sentiment

It’s Already Too Late for India, Even if its Legalizes Bitcoin Exchanges